So what I had planned on doing was cleaning out my folder which held all the pictures that had been posted throughout the blog these past 2 months, mostly of New Order, Duran Duran, members of both, Paul Young, and Michael Hutchence with some accidental duplicates, logos etc etc.

INSTEAD what happened was, I deleted the pictures from my Blogger folder, but that also deleted them from my Blog. So, don't delete your Blogger folder/its pictures unless you want them gone from your blog. You can go back and delete the duplicates that you don't need, but nothing previously uploaded into a post. That will end in it being deleted from your Blog for good. So here is a big recap post with the links to March and April's playlists and polls, and mini articles about their Bands and Stars of the Month. Unfortunately it would take way more time than it's worth to try and retrieve for you all approximately 250 photos of New Order, their members, Michael Hutchence, Paul Young, Duran Duran, and their members as well.

First off, this is my very first blog, so any improvements, suggestions, or constructive criticism on it is welcome!
Second, there are 6 main parts of the blog, with occasional things that I'll post semi-often.

Each month, I'll choose a Band of the Month, and they will get a picture a day, and simultaneously have the Song of the Day with the Star of the Month for approximately the first 2 weeks. I'm avoiding duos so please only suggest bands as little as a trio.

Each month I'll choose a Star of the Month as well, and they will also get a Song of the Day simultaneously with the Band of the Month for approximately the first 2 weeks. The SOTM may be a man or woman, a singer, other musician, in a band, or on their own, and chosen for different reasons. That reason could be that it's their birth month, something of the sort, or a reason based on my personal preference. Suggestions for the SOTM may be commented or suggested, but it's not guaranteed that those will be chosen. The SOTM cannot be in the BOTM or in the months before or after it.

It's just what it sounds like! There will be at least 1-2 pictures a day of the SOTM, 1 of the BOTM and 1 of a member or two from the BOTM

The Song of the Day is a song that I'll post daily. Usually for the first 2 weeks its from the BOTM or the SOTM, but after that I'll post whatever I feel like. They are at the end of each post with a Spotify link and a YouTube link.

This is made up of 35 songs, including all of the Songs of the Day, plus a few more. They appear at the end of each month's last post in Spotify and YouTube links.

The Monthly Poll will be a poll that I put up either the first or second week of each month, and its topic could come from commented suggestions, old magazine polls, or at random.

Besides that, I'll also be posting whenever it's a celebrity's birthday, something important happened in the 80s that day, or something exciting or important about an 80s musician happens today :)

New Order are the band that rose from the ashes of what was Joy Division, when Ian Curtis, the band's singer, hung himself on their first American tour in 1980. They went from Alternative Post-punk, to New Wave Synth Pop, and became one of the most popular bands of the 80s. They had quite a few hit albums and singles, like 1983's Power Corruption and Lies, 1987's album of singles and remixes, Substance, and 1993's reunion album, Republic; along with the well known songs like Blue Monday, Age of Consent, Regret, Ceremony (a favorite of mine), True Faith, and Bizarre Love Triangle. The band stars vocalist and guitarist Bernard Sumner, drummer Stephen Morris, bassist Peter Hook, aka Hooky, and keyboardist/background vocalist Gillian Gilbert. They are one of the most popular bands of the 80s, and my favorite of all time.

Michael Hutchence
March's Star of the Month was INXS' former singer, the late Michael Hutchence. He was born on January 22nd, 1960, and died on February 22nd, 1997, after he committed suicide.
April
Duran Duran
The popular 80s New Wave/Pop band was formed in Birmingham, 1978. There were quite a few changes in the lineup before becoming official, but the most successful one, and the one most people think of, consists of singer Simon LeBon, keyboardist Nick Rhodes, and the three unrelated Taylors, bassist John Taylor, guitarist Andy Taylor, & drummer Roger Taylor
Duran Duran made 4 successful albums between 1980 and 1984 with that lineup, Duran Duran, Rio, and Seven and the Ragged Tiger, as well as a live album, Arena. In 1985, they split up- Roger, Simon and Nick going on to form Arcadia, and John and Andy to form The Power Station with Robert Palmer and Tony Thompson. They reformed again, with just Simon, Nick and John in 1986, making the album Notorious, and Big Thing, in 1988. From about the time they reformed until 2002, Warren Cuccurullo was their guitarist, before they reunited with all the former members.
Paul Young
Paul Antony Young was born January 17, 1956 in Luton, Bedfordshire, England. He was part of a band called Q-Tips from 1979-1982, when they disbanded, and he was signed to Columbia Records to begin a solo career. His hit singles are Love of the Common People, originally sung by The Four Preps, Wherever I Lay My Hat (That's My Home), a cover of a Marvin Gaye song, Come Back and Stay, Everything Must Change, and Every Time You Go Away.
He was married to the former model Stacey Smith. The two met when she was featured in his video Come Back and Stay and married in LA, 1987. They were married until 2018 when Stacey died of brain cancer at 52.
His is also good friends with Spandau Ballet singer, Tony Hadley.
March's poll- Who's your favorite solo singer?
https://fast-poll.com/poll/0153d3be
April's poll- Who's your favorite underrated/unknown/one-hit wonder band?
https://linkto.run/p/65F1JO2Q
(This was for April's poll, but really goes for every one I post)- Note: if you think that there are people I could have put on here or you would like to see, comment on my latest post whenever you see this and I can make another one sometime. Also remember that I'm always taking requests for polls, BOTMs or SOTMs, so feel free to comment on my latest post anytime.
March Blog Playlist
https://open.spotify.com/playlist/6NC84CFfnE4eSDQ4rf2AVO?si=KJb464JhSJK0iPC5e4nh2w
https://www.youtube.com/watch?v=X_QbBGo1PNQ&list=PLFyal4zUZ9EgWJ53U8__GwjSWPbRTY7_T
April Blog Playlist
https://open.spotify.com/playlist/4aWl4xnbQ25vnB4OHdRS8S?si=L3DFfv0qTyy33qtUf85Gfw
https://www.youtube.com/watch?v=NYEfrt2gf-E&list=PLFyal4zUZ9Ej4lMGnTWn1nLJbsyWRmmWf
at April 29, 2021 No comments: 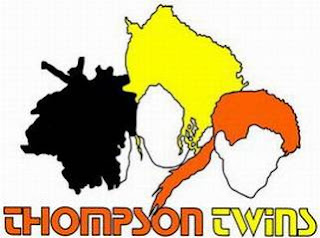